Look at all of the views! 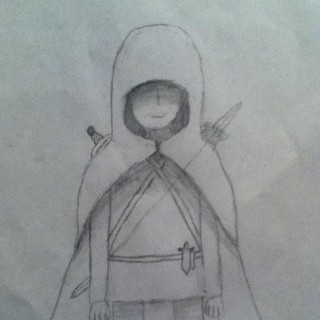 I like Origami, Doctor who, star wars, legos, minecraft, and the rangers apprentice series

“I’m leaving Mojang
September 15th, 2014
I don’t see myself as a real game developer. I make games because it’s fun, and because I love games and I love to program, but I don’t make games with the intention of them becoming huge hits, and I don’t try to change the world. Minecraft certainly became a huge hit, and people are telling me it’s changed games. I never meant for it to do either. It’s certainly flattering, and to gradually get thrust into some kind of public spotlight is interesting.

A relatively long time ago, I decided to step down from Minecraft development. Jens was the perfect person to take over leading it, and I wanted to try to do new things. At first, I failed by trying to make something big again, but since I decided to just stick to small prototypes and interesting challenges, I’ve had so much…

If you want to see what I look like in real life, go to Aerosquid47 it’s my youtube channel. Watch the ice bucket challenge video

[WARNING] MAJOR PLOT ENDING SPOILERS AHEAD!! DO NOT READ UNTIL YOU HAVE READ THE BOOK!!!

Two of my ideas were used for the snack a gami!

I’m in the acknowledgements!!!

I just got emperor pickletine so far it’s stooooooky

Also I asked the lady at B&N what they do with the cardboard advertisement things and she said that they copied call me when they are done with the pickletine one and I could have it!!!!

(Very very very minor spoiler alert) I was reading the sample of pickletine on iBooks, and Dwight and Kellen are sitting next to each other on the bus, and they are working on a new how-to case file! They said it was a twist on some sort of doodlegami!!! It sounds awesome!

All one piece of paper no cuts. Could someone go on OY and tell tom to come to this site and check it out? I can’t right now

Yep. My whole city lost power in the middle of the night and it’s still out. At least I have my phone. XD